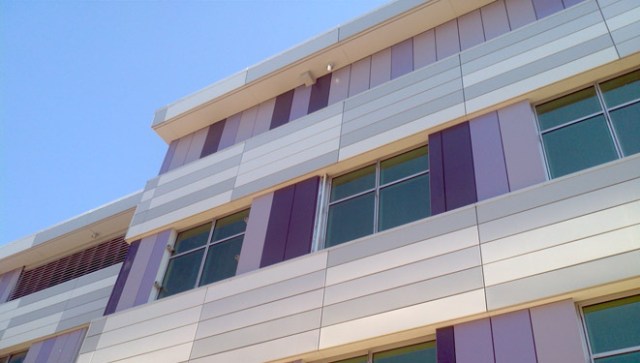 The redevelopment of Mackay Base Hospital is a $405 million project designed to meet the needs of the growing Mackay area. The project was designed by Architects Woods Bagot, in association with Sanders Turner Ellick Architects of Mackay. Construction on the project has been overseen by Baulderstone. The redevelopment project is being undertaken for Queensland Health.

About the project and construction

The redevelopment has been divided into three stages of construction. The first stage commenced in 2009 and mostly consisted of early site works. The second stage was completed towards the end of last year and included works on buildings E,F,G,H,J and Q. 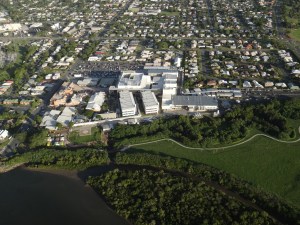 G.James’ work on the project so far has encompassed the supply and install of a range of glazing and façade products. Our 651 series windows were used throughout the project – the majority of those used contained jockey sashes and Venetian blinds. We also supplied a large number of fixed louvre systems and acoustic louvres. Around a dozen automatic doors were also supplied and installed. There were a number of factors which affected the choice of products for this project, the most notable were section J energy efficiency requirements, acoustic requirements, and the ability to withstand cyclonic wind loads. In light of these requirements our 651 window system, 415 series fixed louvres, 775 series sunshades, and 150 strip window system were chosen for use. 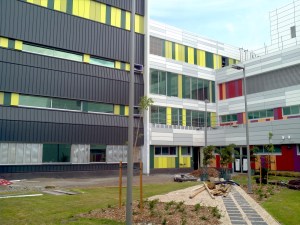 The Alucobond system was a complete design and install. Many aspects of the Alucobond system, shrouds and perforated screens were designed specifically for use in the hospital redevelopment. The solutions were obtained by co-ordination with other parties involved with the project, as well as using the extensive knowledge base and depth of experience within G.James.

The close working relationship between Baulderstone and G.James was critical in helping deliver the project. The final stage of construction is due to start July 2013 which will include the remainder of building Q and the whole of building A. 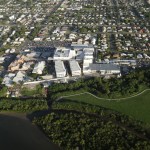 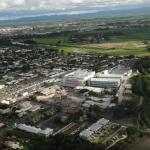 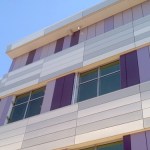 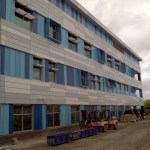 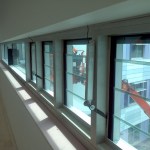 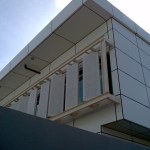 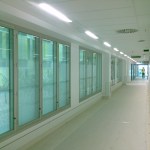 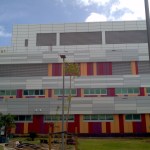 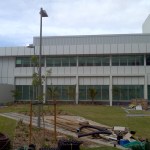 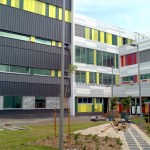 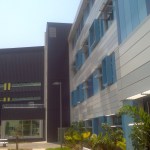 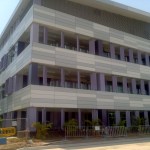 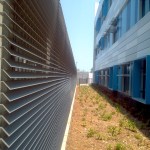 What we are saying

Receive the latest news and trends in your inbox.

G.James Glass & Aluminium is one of Australia's leading manufacturers of aluminium windows and aluminium doors, servicing the residential, commercial, and high-rise building and construction markets.